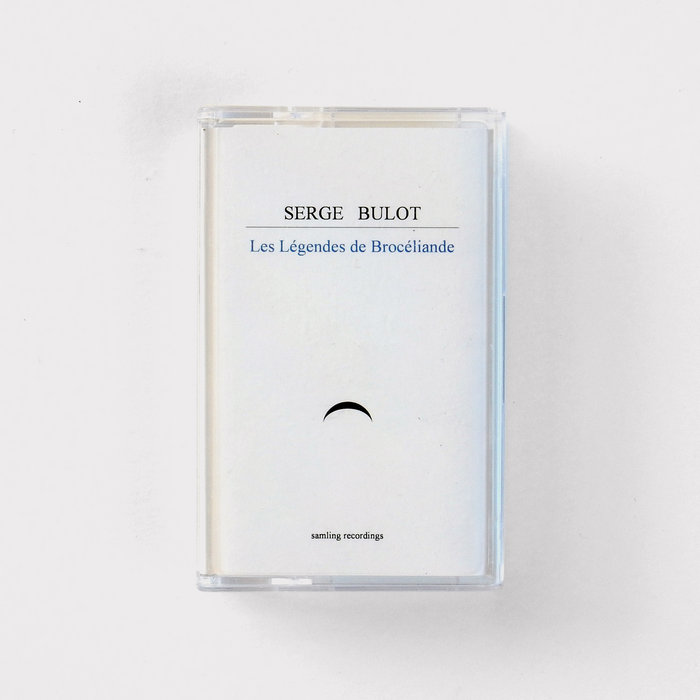 With hallucinatory grace and the aid of violins, bass, synths, flutes and more; Bulot composes a series of mystic passages through the legendary woods. As a former member of the ‘Pachacamac Andean-Folk’ ensemble, Serge Bulot takes inspiration from a vast collection of instruments from all over the world; in this particular collection of songs the synthesizer as well as the electric violin –the violectra– play a prominent role. Akin to contemporaries Klaus Schultze or Manuel Gottsching, Bulot balances his sound between new age/ambient and psychedelia.

The original context of this release provided the music with a more experimental angle than can be heard today. The search for new combinations of instruments, the attempt at a smooth world-electronic-classical triad, –which nowadays only inspires a chuckle– the speculative search through the preliminary promises of synthesizability, among other factors; were all part of an auspicious impetus back when these new sounds had not yet been fully exploited. Today in fact –with a chuckle as well as a wink– we hear this resonating in the retro-search of some contemporary musicians, from our very own Jerry Paper to Golden Retriever or James Ferraro, and to plenty of vaporwave/synthwave associates who relate back to this sound in search of the same magic.

It may seem perverse to attempt at the capture of sounds with certain words, but given the lunar origins of this piece it fits the cause to make a few kitschy remarks about its relation to the worldly satellite: With Les Légendes De Brocéliande, at times we’re walked by the hand in a dream-like state under the full moon. And other times, more sober and mature melodies carry the deeper meaning of myths: a dark undefined nature, an eclipse of sense and