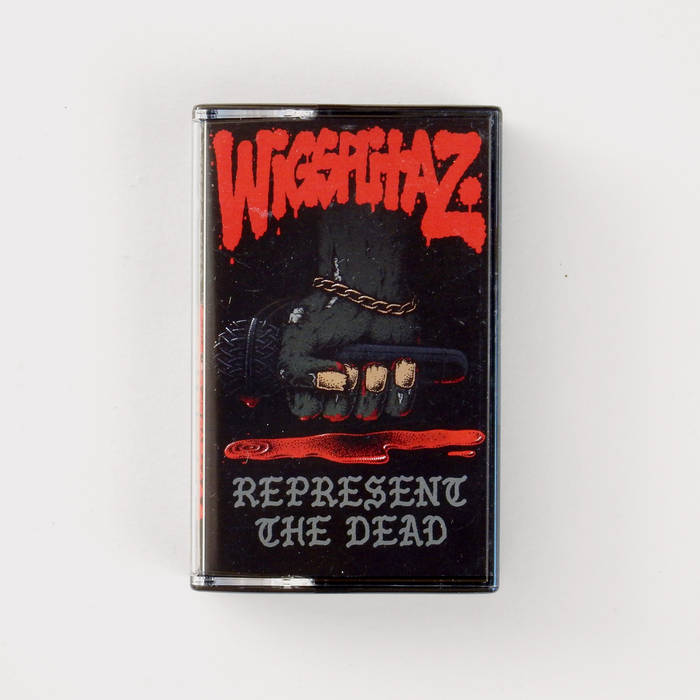 In times of apparent apocalypse,

In times of capitalist cannibalism: I, for one, welcome our new braindead overlords.

But, despite our defeated tenderness in lieu of present public affairs—and in an effort to do something better—we have joined transnational forces with Sweden’s Pop’Em (popemrecords.com) to bring you this thick chunk of apocalyptic-horrorcore-zombierap darkness. Wigsplitaz rob the richest, fattest, freshest of graves to celebrate the coming of the undead with us. The record first made its appearance on The Pirate Bay in 2013, and has only been released digitally... until now. “Represent the Dead” reanimates bones with its creepy-yet-mellow, playful-yet-eerie voodoo ritual. Bass-heavy beats, cliffhanger narratives, movie samples and even the Queen of Reinvention! This ain’t no fiction, it’s zombie diction.

A word from Pop’Em:
“After the apocalypse, two half-dead guys found a way to survive by eating brains, barbecue and raw flesh. With some zombie drank on the side. This process added some secondhand braincells to their own semi-dead heads. They returned to their old studio where they managed to record this tape. Long nights of freestylin’ were later cut and sliced up together with fragments of what they used to listen to while alive.”